Evolution of my Painting

The paintings are the most authentic and heartfelt expression of my inner research.

My work until 2013-2014 is dense with materials and strong in colour, characterised by an

informal language, an adolescence, questioning itself about a possible future shape.

In the second half of 2014 a catharsis began.

Black and white reflect this time of passage, of existential crisis.

A trace on canvas appears and aims for a shape. A feminine shape, impetuous, sometimes cruel.

A rebirth at the start of 2017 is welcomed by spaces of light expressed in backgrounds, dominated by white.

Characteristic of my art from that moment on.

In this space tales unfold, suspended between Nothingness and Eternity, represented by the space of

light, where a narrative is given to a trace of a possible form.

Eventually colour returns. Today, I make little but joyful use of it to underline a progressive breaking free

from material and from what is heavy, to find in lightness the dimension of our true self.

Which is joy, joy to live. I mostly work on canvas. Using a spatula and other tools, I start by using matter to form a background 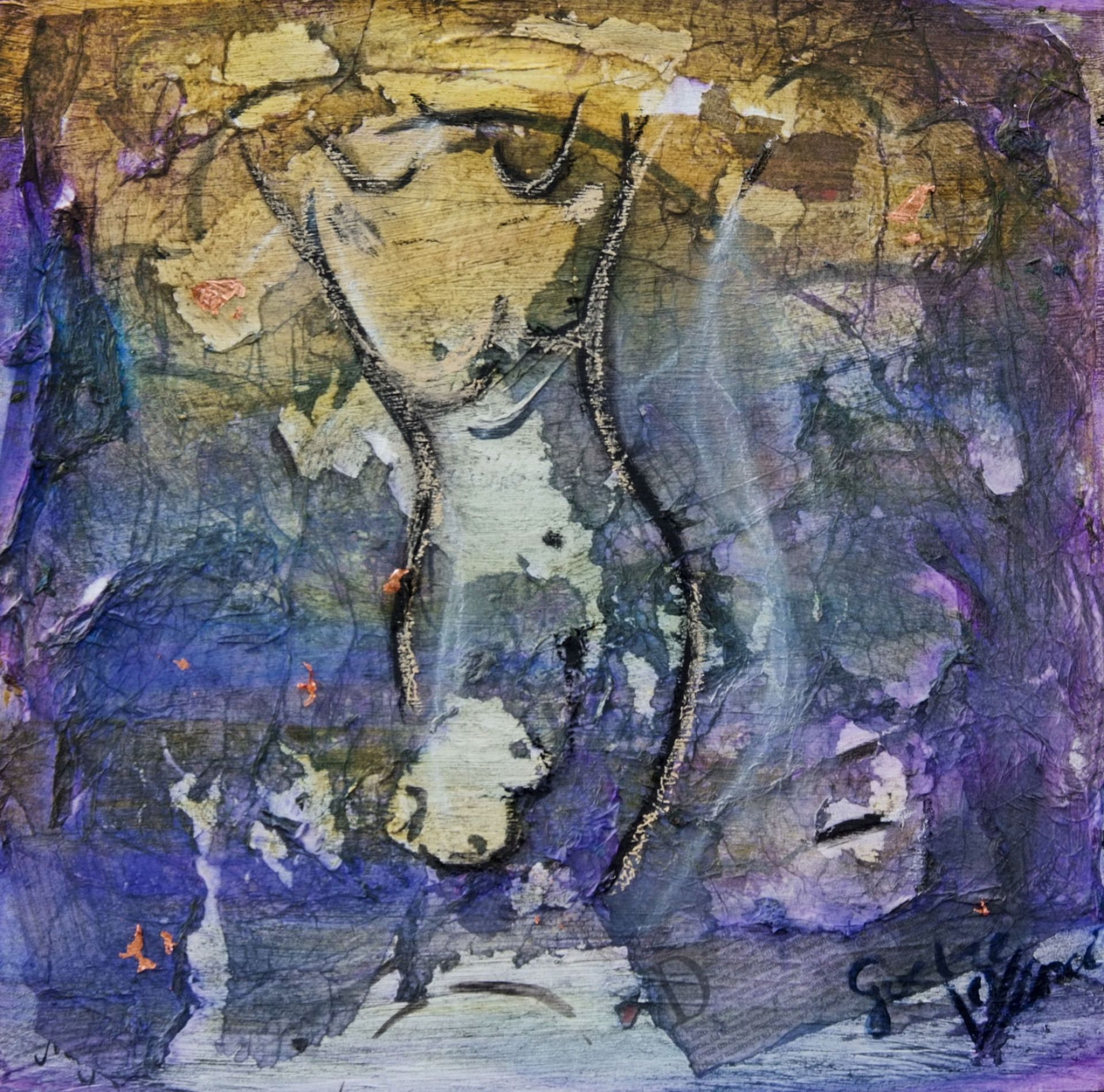